KAKA IS BACK
( Collapse )

13:00GMT/14.00 CET/08:00EST Women´s Press Conference
Involving nominees for the FIFA Women’s World Player of the Year and the FIFA World Coach of the Year for Women’s Football awards, Fatmire Bajramaj, Marta, Birgit Prinz, Pia Sundhage and Silvia Neid will share their thoughts on being shortlisted for their respective prizes, reflect on the year gone by and look forward to the 2011 FIFA Women’s World Cup

This will be followed by the naming of the FIFA Interactive World Player of the Year and that ceremony will also be streamed live on FIFA.com
14:00GMT/15:00 CET/09:00 Men’s Press Conference
Candidates for the FIFA Ballon d’Or and the FIFA World Coach of the Year for Men’s Football award have their say. Lionel Messi will undoubtedly recall his joy at claiming the player’s title for 2009 while Andres Iniesta, Xavi and Vicente del Bosque are sure to savour another glance back at Spain’s 2010 FIFA World Cup™ triumph.
15:30-18:00GMT/16.30 - 19.00 CET/10:30-13:00EST
Red carpet and Gala Dinner
18:00GMT/19.00 CET/13:00EST FIFA Ballon d’Or Gala
The Ballon dÓr awards will be handed out. In addition a whole host of further honours will be bestowed, not least the FIFA Presidential Award and FIFA Fair Play Award, while the FIFA FIFPro World XI will reveal the year’s 11 best players as voted by their peers and the FIFA Puskas Prize will reward the scorer of the finest goal of 2010 according to FIFA.com users.

Diego Maradona claims he will travel to England next month to hold talks with a club.

The Argentine legend is currently out of work after leaving his role with the national team following their World Cup exit at the quarter-final stage. Maradona has since revealed he would love the chance to manage in the Premier League.

"In February I will be travelling to England to listening to a formal proposal from a team from there who wants to talk to me," Maradona said during a trip to Uruguay to visit his daughter. If they convince me I might accept the position. I'm not desperate (but) I know that some day I'll be the coach again of some team."

Reports in Argentina claim the team in question may be Fulham - the club he visited last year when he made a trip to England in November.

If you could send Maradona to one EPL club, who would you pick? Spurs? Liverpool? Blackpool?

LONDON — Liverpool winger Ryan Babel became the first player to be charged with improper conduct by England's Football Association over a Twitter posting on Monday.
Babel posted a digitally altered picture of referee Howard Webb wearing a Manchester United shirt after being angered by his decisions in Liverpool's FA Cup loss on Sunday.

Hellllo :)
I'm new to this comm rn, and I'm a LFC fan as you can tell..
I was just wondering what all your opinions are to the fake twitters of Messi, Torres, Gerrard, bla bla?
Who finds them a bit of a laugh and who thinks that they are just a bit weird?
Love to have your opinionsssssss :D

What has the world come too, honestly??...

Okay, 27 questions actually. As a New-Years treat for their readers, the editors of Sport Express put together a collection of ....mmmm, interesting... questions for the two top figures in Russian sports, Andrei Arshavin and Alex Ovechkin. Boris Levin and Slava Malamud put the questions to them, and Andrei and Ovi provided the answers. 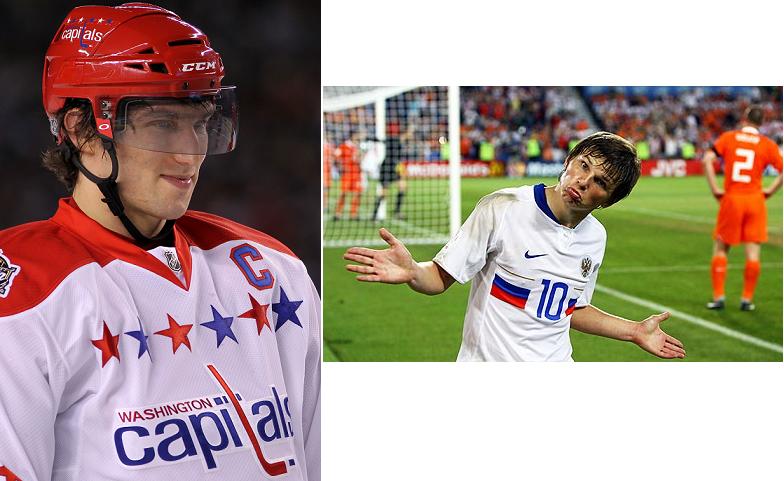 So today, there was the small matter of one Mr. Kenneth Dalglish being unveiled as the new Liverpool manager. Here's what he had to say.


During his pre-match press conference ahead of Wednesday's game, Blackpool boss Ian Holloway shared his thoughts on the matter and reinforced his place as second most awesome Premier League manager.

Do you know what you can do, haters? Do you? Do you really? That's right. You can suck my dingleberries.
Collapse