Australia will host the 2015 Asian Cup after its uncontested bid was rubber stamped by the Asian Football Confederation in Doha on Wednesday.

Well obviously completely unsurprising, since we were the only bidders, but still! WHOOOO!

ps: are there really no Australia-specific tags? sadface.

For those who don't know me, my name is Florentino Perez. I like money so I found this interesting, and I hope you do too.

FIFA hands out $40 million to clubs

Reuters - 1 hours ago
ZURICH - FIFA is handing out $40 million to clubs whose players took part in last year's World Cup, though that may not placate European clubs who have labelled the fixed-payment system unrealistic.

Bayern Munich have been the most vociferous critics after their Dutch winger Arjen Robben returned injured from the tournament in South Africa. He has yet to play for the Bavarian club this season.

European clubs took the lion's share with English clubs receiving $5,992,533 between them.

"We are pleased that we can share the success of the 2010 FIFA World Cup with the clubs by providing them a share of the benefits of our flagship event, in particular to recognise their efforts in the development of young players", president Sepp Blatter said on the FIFA website.

FIFA added that the total would rise from $40 million to $70 million for the 2014 World Cup in Brazil "to recognise the important part clubs play in the success of the World Cup."

But Bayern chairman Karl-Heinz Rummenigge, who is president of the European Clubs' Association, said in September the system was out of touch with reality and that FIFA needed to set up an insurance policy.
"For releasing Arjen Robben, I heard we will get something like 57,000 euros from this $40 million pot but it (his salary) costs many, many times more," said Rummenigge.

"The world of the top clubs is maybe different to what they think."

Nearly $2 million was handed out to clubs from Japan, whose national side were knocked out in the second round, while clubs from Ghana, who reached the quarter-finals, received only $222,000 between them.

Clubs from semi-finalists Uruguay, who had only two home-based players in their squad, received only $186,000.


FIFA said that a total of 400 clubs from 55 countries received payments.

This WSJ/AP Article better articulates how the payment is determined but is longer:

here's the list of total pay off by national organization in PDF form because FIFA are cockblockers and won't let me copy and paste from a PDF.

So maybe the EPL really is the best league in da world? I refuse to make a similar statement regarding Barcelona because like George Washington, I cannot tell a lie and everyone knows Real Madrid is.

And who (if anyone) should pay if players are injured on national duty?

reuters via fourfourtwo ;  ap via wsj

Aldershot Town forward Marvin Morgan has been suspended, fined two weeks wages and placed on the transfer list after using his Twitter account to abusively respond to fans after getting booed when substituted during the club's 2-1 defeat to Hereford on Monday.
( Collapse )

Yes I know it's late but I've been moving countries, what's your excuse for not posting instead :P

hell, it just hit me how much i miss seeing these two together! so before i could feel (too) depressed, i decided it was time for a mini picspam young love
( Collapse )
mods, i know some of these pics may have been posted before, but i just couldnt help it! hope its alright <3

The 2011 Qatar Asian Cup is about take place(!!!), and in celebration/preparation/anticipation/whatever, this is a...

To get your attention: Harry Kewell! Tim Cahill! Lucas Neill! (Double-L surnames!?) Handsome men!
This is: the Australian national football team! (totes not obvious, yah?)
The bosses: Football Federation Australia (FFA)
Represent!: Asian Football Confederation
Deck out in: green and gold
Y’all know us as: the Socceroos (as if you couldn’t tell by the very subtle font above)
Flyin’ low without this sponsor: Qantas Airlines (full name: Qantas Socceroos)... which is good because the boys do shittonnes of travelling
Fashion statement: Nike
HBIC Coach: Holger Osieck
HBIC Captain: the dashingly handsome Lucas Neill
In line for FIFA’s throne: (as of 15 December 2010) rank #26
Haters: to the far left
Kangaroos: are totally badass
Koalas: ditto

The Socceroos pre-2006, the move to the AFC, our Asian Cup and World Cup campaigns, the coaches who took us there, our kickass Women’s team (who WON THE 2010 WOMEN’S ASIAN CUP(!!!!!) I might ever-so-subtly add), and the men’s team’s 2011 Asian Cup squad members. All here (with a healthy dose of tl;dr) under the cuts!
Note that I will mostly stick to calling it “soccer", because that’s generallyyyyy what we’re used to calling it in Australia (SOCCERoos, y/y?). We have another sport, Australian Rules football (or AFL (Australian Football League) for short), which is what we refer to as "football" or "footy", so it gets a bit confusing. And for the record, it is NOTHING like the ‘football’ most of you know. AFL is more like a bastardisation of chaotic rugby with a bit more kicking. But then, I’m a biased soccer fan, sooo...

Now, without further ado, obligatory kangaroo invites you in!

*I am joking. We do not generally keep kangaroos as pets in Australia.


And so concludes this extremely long-winded Socceroos 101. How will we fare in the 2011 Asian Cup, and eventually, the qualifiers for the 2014 Brazil World Cup? Only time will tell.

Ladies and gentlemen, this is the Australian national team, our beloved Socceroos.

Dancing John Travolta and Tim Cahill thanks you for your time.

Sources: Wikipedia, Google, Australian FourFourTwo, Zimbio, various Australian news sources, cute kangaroo photo is from here
Disclaimer: I wasn’t kidding when I said tl;dr ok!!!
(If I have left out anything you feel is important, please don’t hesitate to let me know, and I’ll try to incorporate it into the 101!)

The scene is set, the twenty teams begin their quest for glory, European qualification, recognition and survival. The Premier League season is about to begin and lots of drama awaits the plucky 20-something millionaires.
( Collapse )
CANNABIS FOUND HIDDEN IN 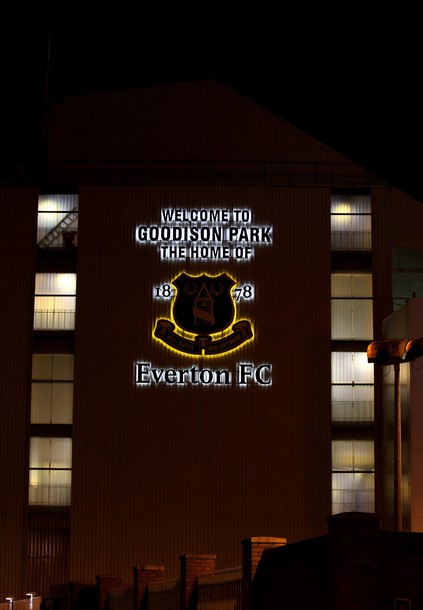 Aston Villa have confirmed the loan signing of Tottenham defender Kyle Walker until the end of the season.

The England Under-21 defender arrived at Aston Villa's training ground at Bodymoor Heath on Thursday morning before undergoing a medical and completing the formalities of his move.

Hmm, interesting. He was doing very well at QPR. Is Houllier trying to make competition for RB though, with Lichaj there too? We'll see...

Ok I know this comm generally isn't the biggest ~~fan of Everton, but I quite like Leighton Baines as a player. He has his own music blog on their site, which I think is totally adorbs, and anyone who talks about the Station to Station album and Betty Davis is all right by me.

I tried to translate it but if there is a sentence you don't understand just ask :)

What was your expectations when you came here from Real Madrid/Spain? Are you satisfied?
-I came here from a winning club, and of course I wanted to win everything here to but in the league we are not in a great place. But since both me and Quaresma returned, we are doing OK and at the end good things are waiting for us.

Guti thanks for your time