i don't think you can handle this

"As a group and a team, we are all together," he told the club's official website.

"Mario's lack of celebration is just him, the way he is. I don't think you can read anything into it.

"That's just the type of person and player he is. He doesn't attach much emotion to it.

"But as long as he scores goals, that's okay with everyone! Mario had a good day.

"He took his two penalties well, tapped them in nicely, and he's shown again that he's a goalscorer."

Reports in Germany have suggested that the Premier League outfit are now on the verge of signing the 24-year-old forward for a record Bundesliga fee.

But such accounts are premature, with talks between City's chief negotiator Brian Marwood and Dzeko's agent still at an early stage.

Dzeko is under contract until 2013 and has a buy-out clause of around £30m.

He was linked with a number of clubs last summer but remained with Wolfsburg after clubs failed to meet the escape clause in his deal.

54-year-old Cohen, Israel's first international to play in England's top flight league, had been in a coma since a motorcycle accident last week.
( Collapse )

APPIANO GENTILE - President Massimo Moratti welcomed Leonardo to his press conference at the Centro Sportivo Angelo Moratti in Appiano Gentile, ( Collapse )
Not sure if anyone has posted this yet...

NEIL LENNON WANTS FREDDIE LJUNGBERG TO BE A KING.

Hands off Lennon. Freddie is my king, not yours! 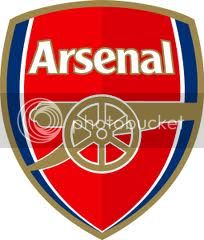 Thank you all for appreciating my first post and what better way than following it up with a second post (some ppl might regret thanking me now lol) and this time I’m focusing on each player in Malaysia’s team.

Though, this could be my last about my countrymen as we are closing in AFF Suzuki cup 2010 to the last final tonight in Jakarta Indonesia.