(WERK.)
Just to torture those of us who are buried in snow and/or can't leave the house without being blown over by frigid winds, Adidas are already selling their Summer 2011 collection. I have no idea what the clothes are, but Becks and Podolski are wearing (using the term loosely in the case of the German) them, so no one really cares. Well done, Adidas. Well done.

NEW YORK — The LA Galaxy made the biggest splash in Wednesday’s Stage 2 of the Re-Entry Draft, trading up to get the fifth pick in the draft and selecting former New York Red Bulls designated player Juan Pablo Ángel.

Ángel – who scored 61 goals four seasons in New York – now has the opportunity to switch coasts to Los Angeles, where the Galaxy could line up a front line of Ángel and 2010 Best XI selection Edson Buddle, along with big names Landon Donovan and David Beckham in pursuit of a second consecutive Supporters’ Shield. 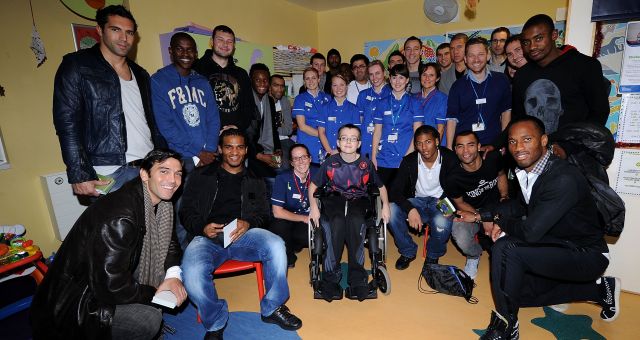 The first team squad brought smiles to a host of young faces on Tuesday afternoon, visiting two children's wards at the Chelsea and Westminster Hospital, before returning to Stamford Bridge for the Bridge Kids Christmas Party.