THIS IS A POST ABOUT PHILIPPINE FOOTBALL (dealwithit.gif) AND THE UNJUST TREATMENT THAT IS HAPPENING TO THE TEAM.
The Philippines Football Team has been known as one of the weakest teams in the ASEAN Football Federation (AFF), this is even putting it rather mildly tbh. Anyway, new year, new manager... and things took a shocking turn this year during the 2010 AFF Suzuki Cup when the Philippine Team, known as Azkals, finished the group stage unbeaten to move on to the semi-finals. The team also managed to win a 2-0 game against the Suzuki Cup defending champions and powerhouse Vietnam.

The Suzuki Cup semi-finals should be home and away games. However, AFF deemed facilities in the Philippines not fit for the competition (we’ll find out soon who’s really responsible for that final decision), thus it was decided that there will be NO HOME GAME for the Philippines. The two semi-final games will be played in Indonesia, making it TWO home games for the opponent.

More importantly, what is the PHILIPPINE FOOTBALL FEDERATION DOING? Hmmmmm?

PH forward Phil Younghusband may be smiling but deep down, he is hurting.
He needs love, support and cookies.

The next batch of translations. This time 7th to 12th December.
Are people here interested in those? Otherwise I'll just keep upcoming translations to German NT communities only.

I just found an article with pictures about Bayern's Christmas party.
Not much to say about it:
They celebrated at Teatro which is owned by a famous cook called Alfons Schuhbeck. She's married to the brightest star in the Premier League, lives in a £4million mansion and is one of the hottest ­properties in TV and modelling.

But new Queen of the WAG Sylvie van der Vaart will never take her ­amazing life for granted – because she’s in ­remission after battling breast cancer.

love her, love him
source

BTW, and I cannot stress this enough, ladies PLEASE make sure you do monthly breast self-exams and go to your doctor for screenings and check-ups, and if you think something is wrong, don't wait it out. Breast cancer is the most common cancer in women and early detection is vital for a successful treatment. See the susan g. komen site for more information. /PSA

CONGRATS TO LIVERPOOL'S DANIEL AGGER WHO'S BIRTHDAY IS TODAY, brace yourselves for the picspam you all want and crave

Germany - Bundesliga I.
15:30 Freiburg vs Monchengladbach
17:30 Mainz vs Schalke

Sooooooo, now that X-Factor is over and yours truly has sobered up from the two vodkas she had (:p) lettuce reminisce over something else that occured in the capital today: only the London derby between Spurs and Chelsea!!!! Fierce rivalry is fierce, jsyk, whilst it may not count as one of the biggest English football rivalries (or even the biggest in London), there's more than enough spice between these two teams to service a Chinese restaurant for one night. After all, the Spurs-Arsenal hatred is 'cos they're both teams in North London, the Chels-Arsenal rivalry is because we're frequently contending for the top places, but the Spurs-Chels hatred is because (amongst other things), both teams are just, bloody, there. Might as well hate 'em :-p

Going into this game, Spurs were on form (11 points from last 6 games), Chelsea were shockingly shite (5 points from last 6), and the days when we used to be able to go to White Hart Lane and swagger away with the three points (leading to the "Three Point lane" nickname) seemed a distant memory. But, as you all know, form book goes out of the window in derbies like this.
( Collapse )


So basically, I'm disappointed with Drogba's crappy penalty, but it definitely wasn't the worst performance evar. Neither team will be THAT content with a draw but we both had enough clown-worthy moments in defence to lose, so. That's that.

Which A+ List star has been taking hair tips from Sergio Ramos? 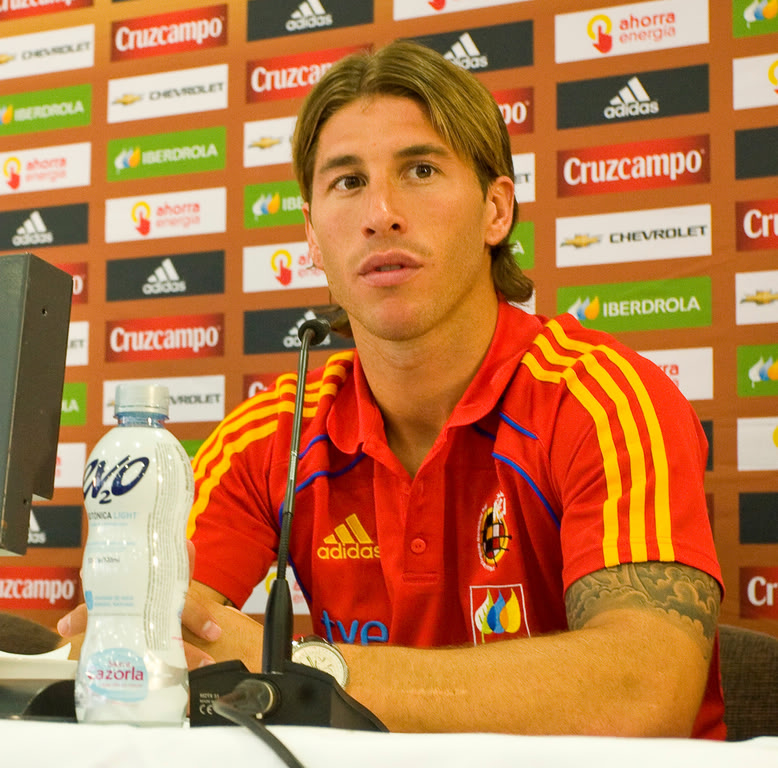