So Jack Wilshere had a bit of a twitter breakdown tonight.

Idk if you remember, but a few weeks ago the British tabloids ran stories on how Jack supposedly cheated on his gf with some lapdancer. Anyway, it seems that tonight he decided to win his girlfriend back. Via Twitter...

It all started quite innocently with an übercute pic of his dog watching footie: 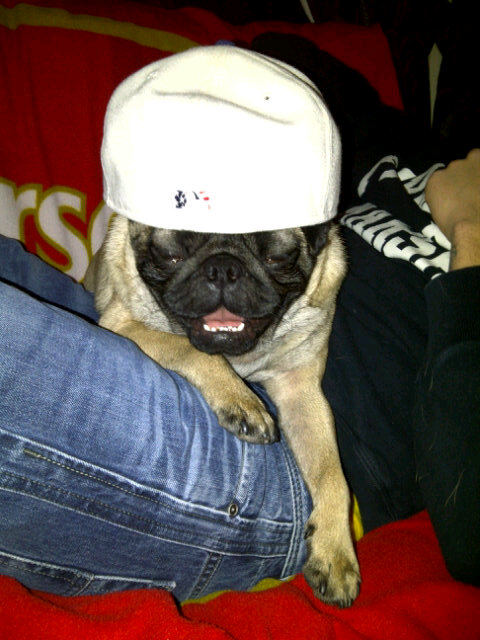 Old, but I just saw it and had to post it here.

Fifa, world football's governing body, announced which bids have won the right to stage the 2018 and 2022 World Cups.

England, Netherlands-Belgium, Russia and Spain-Portugal were vying for the 2018 tournament - Australia, the United States, Japan, South Korea and Qatar for 2022.

Yesterday evening there was the pilot of the italian version of the BBC program "Let's Dance", sportsmen, politicians, journalists and other famous persons dancing famous choreographies for charity...
and guess who did the YMCA routine...

(videos and gifs after the cut)( Collapse )
xposted to ahh_serie_a

His ego is bigger than his forehead

The last meeting that played Argentina and Portugal occured on June 29, 1972. On that occasion, Portugal won 3 to 1 against Argentina and was part of the Independence Cup Championship in Brazil.

I lived in QATAR for the past 10 years. It is a modern country that IS capable of hosting the World Cup. It has changed so much over the past few years and it will change in the next 12 years for the better. If they say they are going to build stadiums with ACs then they will and those ACs will be working and the players will be fine. Qatar is a wealthy wealthy country and they will prove to the world that they deserve this.

As for this stereotyping about women having to cover up, it's a LIE. You can wear whatever you want. You can't just assume women can't go to stadiums or that they have to cover up all the time. It's NOT true. I've been to my fair share of games, the Argentine vs. Brazil friendly was the last one i attended and I went in shorts. Qatar is just like DUBAI. You wanna see how we live? Go see pictures of Dubai.

Today I am a PROUD ARAB. I am proud to call QATAR my home.

So yes I understand some of you are disappointed but quit hating on Qatar for getting it. Enough already. Some of these comments are fucking ridiculous.

And as for the heat, well WHEREVER you go there is ACs. Just like it's freezing in winter in Europe and North America, it's hot in summer here but you will be in a cool place wherever you go.

And I don't get why people don't understand that we're exactly like DUBAI. I'm sure 75% of you would want to visit Dubai at some point of your life. And you should because if you don't then you're missing out. Qatar is the same. So how about you research about the country and see how it really is before making biased, stereotypical assumptions?!

Just STOP talking SHIT. Some of you keep bashing us but do you have ANY idea how we live?! Who we truly are?! How we truly treat people?! YOU DON'T, so WHY make the fucking assumptions?!

I'm sure when us ARABS make stereotyping comments about you Americans/Europeans, you really enjoy them and just accept them. WHY IS IT OK FOR YOU TO ASSUME THINGS ABOUT US?! WHO GAVE YOU THE RIGHT?! BECAUSE MOST OF WHAT YOU ARE SAYING IS W R O N G.

God, just be happy for us. Was there this much fuss over SA getting the WC?! Or is it because we're an Arab country?!

The players want alcohol? Well every single hotel serves alcohol.
Players want hookers? Well trust me there are as there are in all other places.

Qatar worked hard for this and they deserve it. Wanna see what they've done before? Go watch the opening and closing ceremonies of the ASIAN GAME 2006.

P.S- The video won't embed and the page cut wont work either -_-

Edit: A lot of people seem interested in Sheikh Mohammed. I don't know much about him but he was in the spot light in the Asian Games opening ceremony when he did this.
Edit 2: THIS Chelsea Football Clubs players took part in more community and charity activities than any other Premier League Club last season – topping a poll conducted by the Professional Footballer Association. For the second time in three years the Chelsea squad has come first in the PFA survey having taken part in 1,145 activities throughout the 2009/10 season 465 more than the second-placed club and almost three times the league average.