(source) (Another article to Enjoy)

So what do you guys think of the draws? Personally, I'm rooting for the Canada and Group A is going to be a tough one for us. 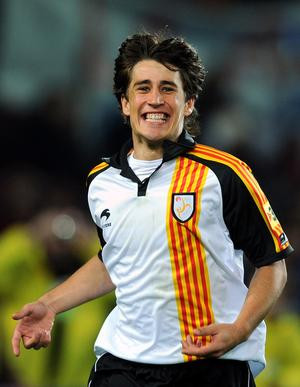 After a series of negotiations, we have determined that the opponent of the Catalan NT on December 28th will be Honduras.

We apologize for the delay of the decision and all the problems we have caused you, but talks with other teams have prevented us until today to define the opponent for our team.

At the same time we'd like to tell you, we contacted more than fifty teams, but the lack of availability of these has made impossible to contract. Teams like the Netherlands have to deal with the clubs play outside their country of FIFA dates, others like Brazil and Italy are outside the budget plan, another example would be those teams like Germany, Serbia, Switzerland and France, which have the majority of their players on holiday, as well as selections from the British Isles, during the Christmas season kept the regular season.

A few weeks ago, we were about to announce the match between Catalonia and Chile but, again, in this case by a change in the presidency of the Chilean Football Federation, were unable to close the negotiation. However, the FCF has committed itself to teams like Argentina, Holland, Scotland or Russia, to find a date suitable to play a friendly against the Catalan NT.

At the same time we'd like to inform you that this decision has received support and involvement of coach, Johan Cruyff, and eligible players through their captain, Victor Valdes.

Political infighting at Bayern Munich has left the way clear for Manchester United to snap up their top goalkeeping target Manuel Neuer.

The UEFA Control and Disciplinary Body has made a number of decisions relating to Real Madrid CF's match at AFC Ajax on 23 November, issuing several fines and suspensions.

The Spanish club's coach José Mourinho has been suspended from coaching activities for two UEFA club competition matches, of which the second is deferred for a probationary period of three years. He was also fined €40,000.

Players Xabi Alonso and Sergio Ramos were fined €20,000, Iker Casillas was fined €10,000 and Jerzy Dudek was fined €5,000. The red cards given to Alonso and Ramos stand, and they have therefore been suspended for one UEFA club competition match.

The Control and Disciplinary Body has decided to fine Real Madrid CF €120,000.

An appeal may be lodged against the ruling within three days of the dispatch of the reasoning for the decision.

The Control and Disciplinary Body will publish tomorrow the outcome of the hearing held today in relation to the case against Romanian club CFR 1907 Cluj for the improper conduct of coach Sorin Cârţu during the UEFA Champions League Group E game against FC Basel 1893 in Basel on 23 November.

so serious and fear inducing, i'm sure all other clubs and coaches will take heed now uefa

The BBC's Marc Vesty, Sam Sheringham, and Jonathan Stevenson have compiled a guide to the four contenders for the right to host the 2018 World Cup and the five for 2022.

( Collapse ) So, who are you backing?
Collapse