Look, I'm even using a Raul icon, look at how appropriate I am all up in this post.

I hope you appreciate my equal opportunituationism. Now Imageshack just needs to work and we will be in business. 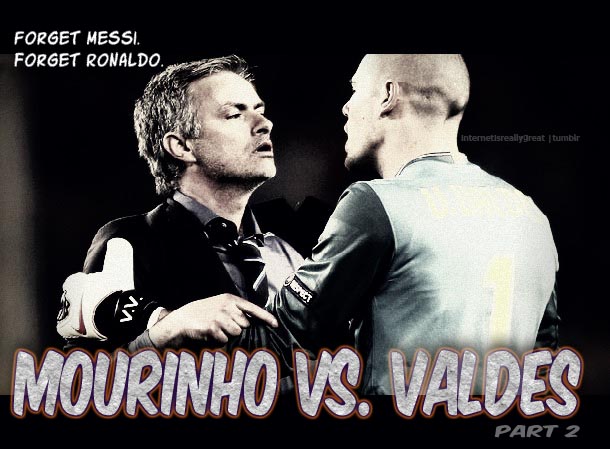 Tottenham Hotspur midfielder Rafael van der Vaart could be set for a month on the sidelines after he tore his hamstring muscle against Liverpool.

Van der Vaart has been one of the Premier League's most productive players so far this season, but has struggled with injury niggles since his move to Spurs from Real Madrid in the summer.

The Dutchman lasted just 12 minutes of Sunday's 2-1 win at White Hart Lane and manager Harry Redknapp believes his exploits at the 2010 World Cup may have had an impact on the midfielder's fitness.

"Rafa felt it tear, so that doesn't look too good," said the Spurs boss. "It's so disappointing for Rafa. He keeps picking up little injuries.

''It's probably because he's missed a pre-season or was away at the World Cup and not played many games. When your fitness is a bit low it's hard to get up to speed. He keeps getting little nicks."

Redknapp also lost defender Younes Kaboul to a hip injury and is waiting for confirmation on how long he will be out. "Younes felt he might have torn a muscle in his hip. He felt that go,'' he said.

what the hell is going on, i ask you WASHINGTON – D.C. United capped a four-month-long search for their next head coach on Monday morning, awarding the job to interim boss Ben Olsen in a dramatic about-face from repeated assertions that the club’s longtime midfielder would not be considered for the position on a permanent basis.

From the moment the club dismissed former coach Curt Onalfo in August, United president Kevin Payne and general manager Dave Kasper were steadfast in their declarations that Olsen would serve as a temporary leader only, citing his lack of experience.

i am unamused that dcu management was so coy about hiring him at first. one less thing to worry about, i guess. now...does anyone know if dcu have their stadium situation worked out? Theo is featured on the cover and inside the December issue of Arsenal magazine, and Azza makes his debut for Forest.

Mourinho: "Today’s score is not the difference between the two teams"

During his traditional post-match press conference, Mourinho commented that he is optimistic that his team will bounce back from Monday’s defeat next weekend against Valencia.

"I am not humiliated at all. This is the biggest defeat I have ever suffered in league play. It is hard to swallow because we never had a chance of winning. It wasn’t one of those defeats that leave a bad taste in your mouth because we didn’t deserve to lose or because the referee performed badly or because the ball hit the post. One team played as well as it could and the other played badly. It is a deserving win and a deserving defeat, which makes it easy to swallow."

"The difference between the two teams is a championship that will be even until the end. Barcelona is a finished piece of work after many years together. Real Madrid isn’t a finished product and needs a lot of time to be one. Today’s score is not the difference between the two teams. The outcome is a reward for the team that played well and a punishment for the team that played poorly. It is an easy score to explain and swallow. I am obviously saddened because no one likes to lose, especially by such a large margin."

"I hope this does not affect the players psychologically. I told them exactly that. That the championship didn’t end today. Who knows if we will return to this stadium again this season? Last year I lost here with Inter and a few months later we returned, qualified for the Champions League final and they got stuck at home watching it on television. We must have character. I always tell players that they have reason to cry with joy after winning important matches. You cannot cry when you concede four or five goals. You must be anxious to return to work and win the next match. I wish the Valencia match was tomorrow and not Saturday. After such a bad match you must go right back to work, play and win."

"We gave up two goals close to the net. The ease with which we gave up possession resulted in two goals that were our fault. Down 2-0 against a team that is deadly on the counterattack you have two options. You can settle for the 2-0 or you can try to pressure more. Barcelona played a fantastic match. I am only concerned about my team, which has played phenomenal football until now. Today we played bad and on Saturday we must prove that today’s score was a fluke by returning to our winning ways."

"This wasn’t a tense match. I didn’t feel I could really help. I tried to during halftime, but the game was over once Barcelona scored the third goal. I didn’t want my team to lose its balance and dignity until the end of the match. I knew early on that we had no chance and I felt a little helpless not being able to help accomplish what we wanted."

"I am disappointed because I expected much better, but so did the players. We expected much more. We all feel the same, but the match is over. There is nothing left for us to do. As of tomorrow, there is a lot. We must wait until the next match and continue two points off the lead."

I too thought one of the reasons RM didn't play well enough today was because they were a new team still a 'work-in-progress' unlike Barcelona which is a finished product. So it's good to see that Mourinho is of the same opinion. And an encouraging press conference! Speaking as a Madrid supporter, I feel better now!

FOOTBALLERS AND THEIR WAGS ALL DRESSED UP!!!!