Yes, Chicha has his own salsa song.

The French squad has agreed to give its World Cup bonuses to help amateur football projects throughout the country, drawing a line under the team's humiliating exit from the tournament.

Uefa says it will study the match referee's report before deciding whether to charge Real Madrid players Xabi Alonso and Sergio Ramos for appearing to get intentional red cards in their Champions League match against Ajax.
Alonso and Ramos both collected second cautions for timewasting late in Real's 4-0 win at the Amsterdam Arena on Tuesday.
They will serve one-match suspensions in a meaningless final group match against Auxerre, then could start the knockout rounds in February with a clean disciplinary slate.
Uefa says its disciplinary unit will look at the incidents.
Dutch broadcaster NOS showed footage of Madrid coach José Mourinho speaking to Alonso on the sideline before he picked up his second yellow. However Mourinho later dismissed any suggestion he had instructed his players to seek deliberate punishments.
Mourinho said: "I spoke with many players throughout the game, not only with Ramos and Alonso.
"Stories sell, but the important thing is the 4-0 win and the fantastic game we had. Let's talk about that and not other things.
"The sendings-off came after an easy game where the referee has shown some strange yellows.
"They are cards that I don't like. It was an easy game to control. Ajax made a lot of fouls and in the first from Ramos he was shown a yellow card."
Mourinho admitted it did not matter that Alonso and Ramos would miss their final group game, but insisted he still wanted to beat Auxerre at the Bernabéu in December.

"The red cards we picked up don't matter hugely as we have already qualified ahead of the next game against Auxerre. If Ramos and Alonso can't play against Auxerre then there will be others, but we are not going to gift the game to the French. We want to win them all."

Right. I think many more double yellows should be looked at before they get punished for something like this. Pique. 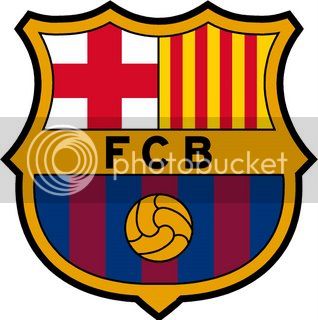 I MISSED THIS BISH

Hello Andrey! Are you going to prolong your contract with Arsenal when it expires? And do you have friends in Arsenal?

If you thought Arsene Wenger lost his rag at the weekend, then wait until you watch this brilliant footage of Cluj's manager going mad.

Sorin Cartu was raging after his side were beaten 1-0 by Basle in the Champions League on Tuesday night.

The angry boss slammed his boot into the dugout in Switzerland as they suffered an eighth defeat in their last nine European games. He shattered the perspex before being restrained by one of his coaches.

It all makes Wenger look like he was mildly upset.at the Emirates on Saturday.

He threw a water bottle at the ground at the end of Arsenal's shock home defeat to Tottenham after they had led 2-0 at half-time.

So I've seen this interview on

hala_madrid and thought, that:
1. it's really interesting (not only for RM fans)
2. it contains some respectful diplomatic positive opinions about Barca players coming from RM coach (good antidote for some wank/wankness/wankery?.../ here)
3. it gives us great material to some discussion about lololol, nature of football (if anyone wants discussion)
...so maybe few of you _fb folks would like to read it. It's quite good pre-classico text too imho.
Also it's my first post in any lj comm so please be gentle (if it's irrelevant and badly done and tags are inappropriate. I was choosing them long and carefully. them tags).


FIFA.com: Jose, how would you define your coaching style? Is the high esteem your former charges hold you in the best calling card you could wish for?
Jose Mourinho: The players miss me and I miss them. I’ve left behind some true friends at my former clubs and that’s something which transcends the game of football. Missing someone and caring about them is normal amongst friends, just as it’s only natural to hope things go well for your former charges, people who you’ve shared a dressing room with and experienced matches together.

...and a lulzy pic relevant to recent incident :PPP

OM had finished playing ... Real were about to win at Ajax Amsterdam ... The Lyon players returned to their rooms after dining upon their return from Gelsenkirchen. A hotel in Dusseldorf. [We got] about twenty minutes with Yoann Gourcuff, who had immediately accepted when we asked to spend some spend time with us just before training.

The Breton was relaxed and recognized it. "Yes, just like the rest of the squad. The victory in Lens did us a lot of good by finishing the match with a quality second half performance. This helps us avoid thinking too much...." Thinking too much? Putting pressure on myself? "I tend to do it consistently before matches. But right now, playing every three days, I do not have time ... It's better like that".

Basically this article says his supposed injury against Schalke isn't serious at all, he didn't suffer any fracture. Aulas said he didn't think it was very serious, and it's been reported elsewhere that it's just a hematoma (nothing to do with an actual injury).

EDIT: Apparently he's out for 3 weeks! So much for thinking it wasn't at all an issue... although 3 weeks isn't that bad.

Bonus: there's been lots of rumours going around about his possible move to Spurs... a lot of the sources are unreliable but it's been going around in the French press a bit too (though none of the really reputable ones have reported it yet I don't think). Good move or bad move?

P.S. the first article was taken off the OL's English site as it was easier than translating it myself so it may be kind of weird at certain points but you get the general idea...
Tevez: "I don't want to retire in Boca."

The Manchester City player repeated that he doesn't want to continue playing football for more than three or four years, and added that he doesn't imagine himself retiring in Boca Juniors. "Except my dad asks me, I see it as a far option."

The sum doesn't seem to be that bad at first, considering the quality Román has as a player, but the numbers do jump to one's attention when you consider Riquelme only played 135 minutes this season (one and a half match), for which he won 600,000 dollars. 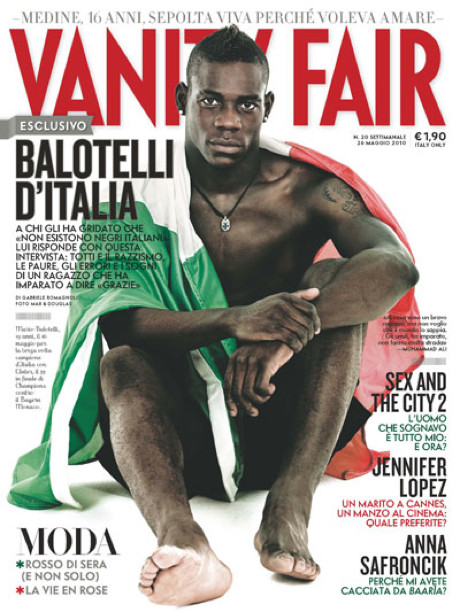 La Gazetta dello Sport, the Italian sports daily, is campaigning to get Mario Balotelli appointed as captain of the national team for Italy’s friendly against Germany in February in a bid to tackle racism in Italian football.

Balotelli was again the subject of racist abuse from both sets of supporters during Italy’s 1-1 draw with Romania in Austria last week. A group of Italian fans displayed banners reading, “no to a multi-ethnic Italy team” and “there are no black Italians”.

After the match the 20-year-old striker, who earlier this year became the first black player to represent Italy’s senior side, said he is growing tired of the ongoing problem but believes calls for him and his team-mates to abandon future matches are excessive.

Balotelli, born to Ghanaian immigrants in Palermo in 1990, instead called for more help from within Italy to combat racism in the sport.

“I was very disappointed yesterday and I didn’t want to say anything,” he said. “I can’t do anything on my own, that’s for sure. Everyone needs to do something against racism.

“We need to change these people but it’s not me that has to do it. Where I live, they don’t reason like these people. A multi-ethnic Italy already exists and we can do better.”

Go HERE and vote 'Sì, è una proposta interessante' which according to Google Translate means 'Yes, it is an interesting proposal'

It may be far fetched, but I'm happy to see people are trying to do something to stop the racism! :)
Collapse