Aitor Ocio is hotter than your fav,


according to Don Balón 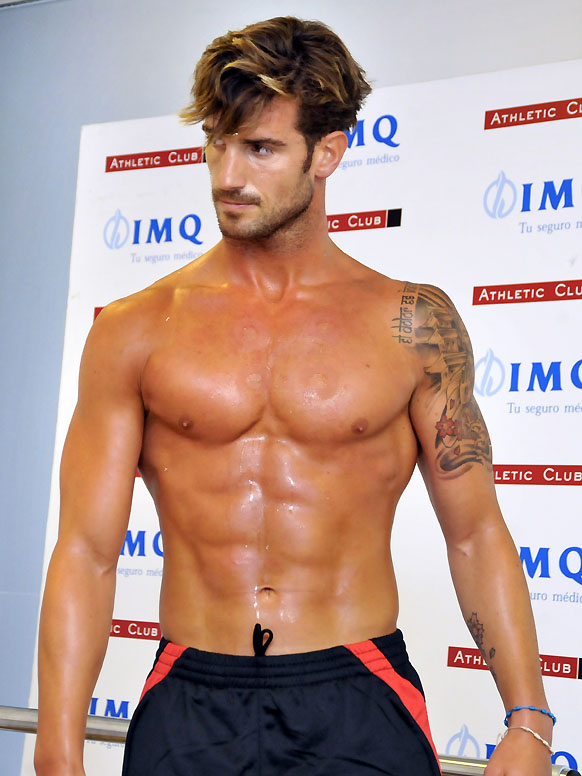 I have great taste

-USE THE TAGS. they're there for a reason but a lot of entries haven't had them lately. it's not too hard, folks.

-include sources. you can just copy/paste the link you got the news/pictures/video from. LJ also has an explanation on including links here.

-we are not google! i'm sorry you didn't go over some things in geography/social studies/history but it's not too hard to go on google and type in "what is x country/y tradtion".

BARCELONA -- Argentinian player Javier Pastore, currently in Palermo, said he dreamed of playing in Barcelona because he admires "their game play".

"My priority is to play in Barcelona," Pastore said in an interview with Mundo Deportivo, and added that "playing next to Messi is my dream."

"It'd be a dream playing with Messi in Barcelona, they're a much bigger team than Palermo. It's what I want. I always wanted to play in Europe. To grow you have to play in teams like Barcelona," he said.

About his present in Palermo, however, he said "I'm feeling much more confident than last year. After the World Cup I returned with a lot of confidence and will to play and my teammates have been helping me a lot. That's important for the game I'm showing right now."

The former Talleres de Córdoba and Huracán said that "last year I had to fight to stay in the team, and this season I want to aim for more. We have a good enough team to be on top of the table and stay in the Cup. I think we can finish in the top four to get into the Champions League."

"I'm calm, things are turning out well for me and I'm learning a lot. I think I'm on the right path and I want to keep improving. I'm 21 years old and I still have a lot to improve. At Palermo I'm trying to learn and go one step at a time."

Finally, Palermo defined himself as "a player who likes to go forward, who likes to get to the opposite goal, who's always trying to do new stuff and learn when I'm not having the ball. I'm also working on trying to help to win the ball back."

Can we have a Palermo and a Javi tag please, mods? ( Collapse )
I just realised, this community - especially me ^^ - needs a Fritzi-Picspam...
He's still injured and can't play this sunday *wails*
I predict, that Werder Bremen won't win in Stuttgart. Am a very bad Werder-Fan right now *drop*
Does anybody care about that, beside me?

(I posted this at

loewsmiserables , but then realized all the people there probably already know who and how awesome he is. So I decided to post it here as well because I really think that once he scores a goal for Real Madrid suddenly all the fangirls will pop out and wonder how come they never knew about him before... )

I found the following on Tumblr, it is a part of an atricle translated by megustaelfutbol with Sami Khedira mainly about his move to Real. I find it very cute and also tought me a few new things I did not know about my favourite Tunןsian. 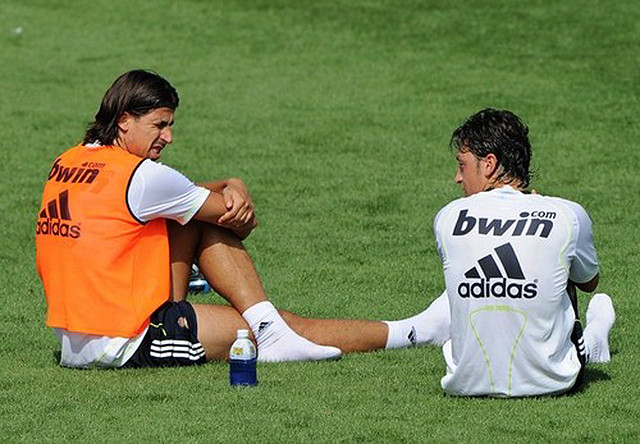 Zlatan Ibrahimovic has apparently been involved in a bust-up with Gooch Onyewu: Milan training session suspended

Gazzetta claims Ibra went in a little too hard on Onyewu who didn't take too kindly to it. They came to blows in front of 30 fans.

Early reports suggest Onyewu got up and grabbed Ibra by the throat.

Gazzetta: "Teammates quickly tried to separate them, but the two aren't exactly puny + in the end Allegri forced to interrupt training."


1. Not shocked about this
2. Hopefully this engages Gooch in a move to leave Milan. He's rotting away there in terms of not playing at all.
3. WHO YOU GOT? I GOT GOOCH IN THIS FIGHT

WAYNE ROONEY is heading to the United States for a week — ruling him out of the Manchester derby.

It had been suggested Rooney would return from an ankle injury in time for Manchester United's visit to bitter rivals City on Wednesday.
But the striker will go Stateside for seven days of conditioning work to ensure he is fully fit for a first-team comeback.
Assistant boss Mike Phelan said: "What we are intending to do with Wayne is send him to Nike Town in the USA for a week's conditioning training. "

"We have decided, with Wayne, the medical team and the coaching staff that it would be the best thing for him.
"He is going on Saturday and will return the following Saturday.
"It is a week's intensive conditioning, under the supervision of our medical team and our sports' science department."
Phelan believes the time away will do Rooney the power of good as it will keep him out of the media spotlight.

And he has hinted the England striker could return to action when United face Wigan on November 21.
Phelan added: "We just thought it might be in the interests of him and the club to have a change of scenery for a little while.
"He has had a lot of attention lately and we want to give him the best opportunity that he possibly can to be in good shape when he returns.
"He needs the conditioning, we all agree with that. He can go there without the attention he would get around here.


"If that goes according to plan, he will be available when he returns."

Hmmmm, out of media spotlight? Err..

I GOT THIS IN MY EMAIL JUST WANTED TO KNOW HOW EVERYONES ELSE STATES ARE RANKING. MIAMI AND TAMPA 4 AND 5TH PLACE FLORIDIANS WHERE Y'ALL AT!!!


( Collapse )
For everybody who missed Maradona's show in China, here it is:

This guy is 50 years old and juggles with an orange like it's the easiest thing in the world. ♥
Front page of The Sun tomorrow:

is all about Wenger having an affair boys and girls 0_0