1. More tabloid coverage for your WAG

“Beşiktaş is the only club entitled to wear the Crescent-Star on its chest and it is the first officially registered club in Turkey.. No other Turkish club has such a right.”

Nicolas Anelka claimed he was 'dying with laughter' on Wednesday after being handed an 18-match ban by the French Football Federation.

ontdfb_secret is back open for business!

The only thing you gotta do it follow a few rules:

- Use image hosts like TinyPic and ImageShack to upload secrets.
(Although we'd prefer that you use tinypic to avoid re-uploading)
- Save the drama for yo' momma.
- Size limit is 700 x 700 pixels, no wallpapers plz!
- No secrets singling out other members for either hate or love purposes.

Secrets will be posted every two weeks.

Tonight is the last day of Libertadores, the most prestigious club competition in South American football (SA Champions League). The name of the tournament is a homage to the Libertadores (Portuguese and Spanish for Liberators), the main leaders of the independence wars of South America. The winner plays at the FIFA Club World Cup, a competition contested between the champion clubs from all six continental confederations.

So I thought I might sum it up a bit:

England and Liverpool footballer Joe Cole has been warned he could lose his driving licence after being found guilty of speeding at 105mph.

The 28-year-old was caught was driving his Audi A4 on a dual carriageway in Claygate, Surrey, in a 70mph zone.

Cole, who did not attend court, had denied speeding on the A3 Esher bypass.

District Judge Clive Wiles is due to pass sentence later and warned that Cole, who already has six points on his licence, could face disqualification.

Dean George, representing the former West Ham and Chelsea midfielder, claimed in court the speed gun had not been used correctly, producing an inaccurate reading.

Andrew Mitchell, who has since retired from Surrey Police, used the laser speed gun that recorded the incident on November 19 last year - when Cole, who was a member of England's World Cup squad, was still playing for Chelsea.

He told the court he had seen the car being driven towards him at 1255 GMT that day.

He said: "I estimated it to be in excess of the 70mph speed limit. My estimate was confirmed when the laser, when shone on the vehicle, recorded a speed of 105mph."

Arsenal midfielder Samir Nasri will today undergo minor surgery on his knee following a meniscal injury sustained during the match against Liverpool on Sunday.

Nasri, who has been in impressive form, will be out of action for a month. 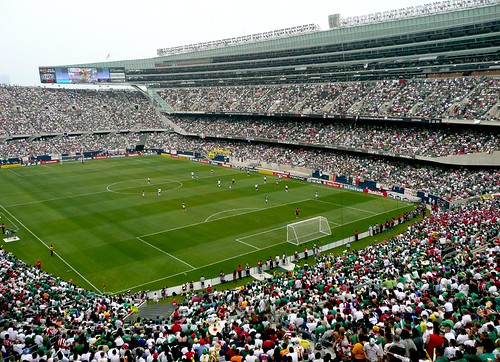 CHICAGO (Aug. 18, 2010) – The U.S. Men’s National Team will face Poland on Oct. 9 in Chicago, the home of the U.S. Soccer Federation. Kickoff at Soldier Field is set for 7 p.m. CT, and the match will be broadcast live on Fox Soccer Channel and the Univision networks. Fans can also follow along on ussoccer.com’s MatchTracker and twitter.com/ussoccer.

Ticket information for the match will be available in the near future.

As a person who has just rediscovered Twitter recently, I feel the need to help him.

The number ten is probably the most popular number because of legends like Pele and Maradona who took the number ten to new heights.
'Number 10' player is most often used as a synonym for a soccer team's playmaker.

Arsenal's manager Arsène Wenger is short of cover in defence and is now keen on the Frenchman Sébastien Squillaci.


Arsène Wenger has turned his attentions to the France international Sébastien Squillaci as he attempts to bolster his central-defensive options before the closure of the transfer window.

Squillaci was withdrawn from the Sevilla squad that faced Braga in the first leg of the Champions League play-off tie last night, as the Spanish club did not want to jeopardise the prospect of a deal by rendering him cup-tied in Europe.

If you know me, you know why I am dying right now! I can't take this. I love him so much and I know he'd benefit by going to Arsenal and all, but I can't stand Arsenal! I hate that he was in Braga and then he left before the match! I hate it! WHY?!?!?! BRB watching videos of him on YouTube to feel better...