Post pictures/gifs/n00dz of players you would have loved to see at the World Cup this year but either:

This ontd_football virgin would like to humbly present to you a first timer's effort at making a picspam:

whats up w u guys tonight??

do u have any problems? im a bit clairvoyant myself maybe i can help you
any cute boise in your life?? hows work??


i wish Russia had made it into the cup
we could have russian invasion round two
how amazing would that be :(
i miss you brothers and sisters of

WHY AREN'T YOU SPAMMING YET? 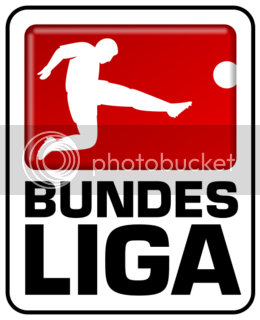 League champions Bayern München will play host to the team who took the title in 2009, VflL Wolfsburg, in the opening game of the 2010-11 Bundesliga season.

The match kicks off on Friday August 20th at 20:30 and will be shown live on German national broadcaster ARD, on pay TV and the internet with Sky and over IPTV by Deutsche Telekom and Liga-Total.

Here's an overview of all the Matchday 1 fixtures:

The exact details of kick-off times for all the games in the opening few weeks of the season will be finalised within the next few days.

Full list of fixtures throughout the season is here

You know for the new people on here who need guidance as to what team they should follow. You can always follow the champions that are Barcelona FC

SO GRAB YOUR BARCA CHIPS AND RELAX

After England's tragic 4:1 loss to Germany in the quarter finals, Englands NT's coach Fabio Capello is planning to give the sack to many of his current players.( Collapse )

"Fabio thinks that it's completely unforgivable, that the players who played well in try outs, couldn't be in shape for the finals," says a close source to Capello. "He thinks that it's unforgivable, when players can't show a fighting spirit on the field and he thinks it happened during the World Cup. Thus he is making many changes, more than people could expect."

Capello should be releasing the information about his new team during the next five weeks, since they'll play a match with Hungary after that.

"For some men, this is the end of their career in the national team, " said Capello in the press conference, where the English Football League announced that Capello will stay as head coach.

A few men that will certainly not be in the national team are John Terry, David James, Emile Heskey and Ledley King. It is speculated, that the italian will also not be inviting Frank Lampard and Ashley Cole back to the team.

FIFA Player of Year, Ballon d’Or to Be Combined Award

July 5 (Bloomberg) -- The best men’s soccer player in the world will be recognized by a single accolade after FIFA and France Football magazine decided to combine their awards.

FIFA’s World Player of the Year and the magazine’s Ballon d’Or will be united into one -- called the FIFA Ballon d’Or, or Golden Ball. The first winner will be named Jan. 10 in Zurich, FIFA President Sepp Blatter said today in Johannesburg.

“The winner is football because as of January of next year we will have one single trophy for the best player in the world and this will be the Golden Ball,” Blatter said at a news conference.

The winner of the first FIFA Ballon d’Or will be chosen by coaches and captains of national teams and journalists, soccer’s governing body said.

The Ballon d’Or, at one time limited to European players, has been awarded since 1956, while FIFA’s accolade began in 1991. Barcelona and Argentina forward Lionel Messi currently holds both honors.

Messi, who plays for Spanish club Barcelona, is the 4-1 joint-favorite to be the first recipient of the new award along with Wesley Sneijder, according to U.K. bookmaker William Hill.

England U19s Head Coach Noel Blake has named his squad for the European U19 Championship Finals, which begin in northern France next week.

The Young Lions will take an 18-man squad to Normandy, where they will be hoping to go one further than last year's competition when they reached the Final only to be pipped by hosts Ukraine.

There are five players from that squad who are included again in Matthew James, Matthew Briggs, Andros Townsend, Declan Rudd and Nathan Delfouneso, who won the Golden Boot award in Donetsk twelve months ago.

After a positive level of co-operation from the players' clubs, the squad will meet up next Monday for a few days of training before heading to France on Thursday ahead of their Group A opener with Austria in Flers on Sunday 18 July, which is being screened live on Eurosport.

Further games will follow against Netherlands and hosts France, before the top two nations from each group will progress to the Semi-Final on Tuesday 27 July and then the winners of those games will contest the Final in Caen on Friday 30 July.

Group B in France will be made up of Spain, Portugal, Italy and Croatia.

England qualified for the Finals after finishing on top of their group in two separate rounds, starting last October with First Round victories over Finland, Slovenia and Slovakia and then finally in the Elite Round in May, when Blake's side saw off competition from Ukraine, Bosnia-Herzegovina and Republic Of Ireland to seal a place in the last eight of this tournament for the third successive season.

The teams involved will also be battling for a place in next year's FIFA U20 World Cup in Colombia, with the top six teams out of the eight qualifying for that competition as European representatives.

Carlo Ancelotti is ready to open the Chelsea's chequebook for an audacious £100 million double swoop for Kaka and Fernando Torres.

According to The People, Ancelotti is keen to reunite with Kaka after enjoying a successful stint together at AC Milan.

The Real Madrid playmaker is reportedly ready to quit the Spanish giants after claiming he might not fit into Jose Mourinho's tactical style of play.

Kaka's comments alerted Chelsea, who will be the first in the queue to pry the Brazilian from the Bernabeu with an offer of £50 million.

The only stumbling block Ancelotti could face is Mourinho demanding one of his former players in exchange for Kaka for the deal to materialize.

Chelsea have a massive gap in midfield to fill after Michael Ballack's departure from Stamford Bridge with Deco and Joe Cole looking all set to leave the club too.

The former Milan midfielder is currently nursing a World Cup heartbreak after Brazil were knocked out of the quarter-finals with a 2-1 defeat to Netherlands and with his Real Madrid future in doubt, a fresh challenge will be exactly what Kaka needs.

Ancelotti could also test Liverpool's resolve to keep star striker Fernando Torres, whose future at Anfield has been clouded after the departure of Spanish counterpart Rafael Benitez from the club.

Despite appointing Roy Hodgson as their new manager, Liverpool are still suffering from financial difficulties and could find a big offer for Torres too big a temptation to resist.

Diego Maradona’s World Cup ended in disappointment on Saturday, but the Argentina coach has had an unlikely hand in the tournament’s biggest Cinderella story.

Uruguay striker Diego Forlan has been one of the stars of this World Cup, with three goals in the South American team’s surprising charge into the semifinal, where it meets the Netherlands on Tuesday. Yet, Forlan’s success story would not have been possible without Maradona, who has had a huge impact on his life, both within soccer and outside of it.

As we all know, over the World Cup period we've gained a lot of new members, who may or may not be familiar with football. I myself started watching football regularly after the 2006 World Cup. Sorry lovelies but your alliance dilemma has just only started.

This calls for a brief introduction to the league system, and an opportunity for existing fans to pimp their clubs.

Football clubs play every week on regular fixtures in their respective leagues. Nationality does not matter. Prominent Leagues are the English Premier League, the Spanish La Liga, the Italian Serie A and the German Bundesliga. Pretty much every country has their own league but I'll leave it cause I don't want to confuse you.

There are 20 clubs in each league, whichever team with the most points in the league wins. The bottom clubs get relegated and top clubs from the 2nd Division gets promoted to play in the top flight leagues.

There are also other football federation cups running alongside each league, you'll get the hang of it when we enter the league season. However you DO need to know something called the Champions League, where only top teams from each league are only eligible to participate.

I'll put the rest behind the cut

( Collapse )
SPAM FOR YOUR FAVOURITE TEAM!
GOGOGO. YOU KNOW YOU WANT TO

The 25-year-old soccer star waited until both gal pals were inside his waiting SUV until he exited the restaurant.
( Collapse )
source


get a stupid footballing

and don't ask anything you wouldn't ask your grandparents

ok i have no idea if this has been posted or not but if not, then it must be seen!!!

the break dancing, the knighting, and the robot are fucking hilarious!

edit:
here's another one with some different celebrations
Collapse