American Holden out for six weeks with leg fracture

LONDON, March 4 (Reuters) - Bolton Wanderers midfielder Stuart Holden will be out of action for six weeks because of a broken leg, the Premier League club's manager Owen Coyle said on Thursday.
The U.S. international suffered the injury during his team's 2-1 friendly defeat by the Netherlands in Amsterdam on Wednesday.
"It's disappointing for Stuart because he's come into the team and done ever so well," Coyle told the club's website.
"He's a very good player, an international player and he has shown a real desire and hunger to do well for our club. The most important thing is he returns bigger and better."
Holden joined Bolton in January from Houston Dynamo and has made two appearances for the club.

STUART HOLDEN is facing a spell of up to six weeks on the sidelines after picking up an injury whilst on international duty.

The midfielder suffered a fracture in his leg during the United States' friendly against Holland in Amsterdam on Wednesday evening.

Wanderers Manager Owen Coyle said: "It's disappointing for Stuart because he has come into the team and done ever so well.

"He's a very good player, an international player, and he has shown a real hunger and desire to do well for our football club.

"In both games against Tottenham Hotspur and Wolves everybody saw the quality that he has so it is a blow, but the most important thing is that he returns bigger and better."


It looked a pretty awful tackle by De Jong last night, studs up, straight into his shin. Oh well, he was already on my hate list by virtue of playing for Man City, now he's certainly moved up a few spots.

Maradona gets pissed off

It's Everton's Player of the Month's Birthday!!!

John Terry would be "Dead" in Argentina - Tevez

CARLOS TEVEZ last night launched an astonishing attack on John Terry and warned: "If you acted like this in Argentina you'd be dead."
Tev reckons if someone in his homeland had an affair with a team-mate's girlfriend, like Terry did with Wayne Bridge, they "would not survive".

Tevez, who hails from the notorious Fuerte Apache suburb of Buenos Aires, said: "It's complicated to say something about what Terry did to Bridge.

"I don't think you can do that with the wife of another player. It's wrong. In my opinion, Terry has no moral code for what he did to Bridge. In my neighbourhood if you do that, you lose your legs, or more - you don't survive."

The Manchester City ace clashed with Terry last weekend during his side's 4-2 win at Stamford Bridge as tempers started to boil over.

Tevez also blasted Chelsea's Michael Ballack and insisted that he could not stand the German midfielder. He added: "I have always had problems with Ballack but, you know, it is just football, not personal issues between us.

"On the field, I have never understood what he is saying to me but I am sure he didn't understand me either."

its from the scum so dont know how true his quotes are.

The Russian Football Union has made an approach to Fabio Capello about leaving England after the World Cup in South Africa and taking up a new and highly lucrative position as coach of their national team.

According to the Sovietsky Sport newspaper, Fursenko is keen for Capello to replace Guus Hiddink, who is taking over as the national coach of Turkey. The Dutchman's contract with Russia expires this June – with Russia now determined to find a "big name" world-class coach to replace him.

Ivory Coast have approached Guus Hiddink about taking charge of the side for this summer's World Cup.

Ivory Coast are currently without a manager after sacking Vahid Halilhodzic after their quarter-final exit at the African Nations Cup in January, and Hiddink is understood to be the top target.

Hiddink is currently contracted to Russia and will take over Turkey in the summer but, as neither of those countries qualified for the World Cup, he has confirmed he could be open to taking the position on a temporary basis, telling reporters: "I have matters to resolve before I reach my decision."

( Collapse )
was I the only person who didn't know the Ivory Cost doesn't have a coach?
ESPN 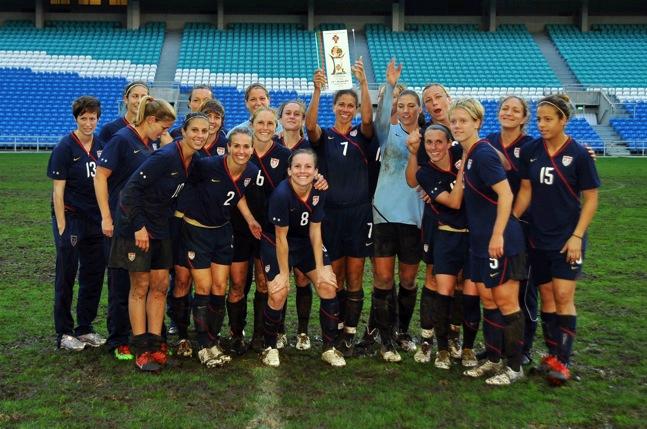 FARO, Portugal (March 3, 2010) – The U.S. Women’s National Team scored twice in the first half and once in the second to defeat Germany 3-2 in the championship game of the 2010 Algarve Cup.

Carli Lloyd’s goal in the 18th minute was followed by a powerful header from Abby Wambach four minutes later, staking the U.S. to a 2-0 lead. German forward Inka Grings pulled a goal back five minutes before halftime, but a goalkeeper mistake from Germany’s Nadine Angerer allowed Lauren Cheney to make it 3-1 in the 69th. Grings finished her brace with a goal in 74th minute to make the end of the game tension-filled, but some tremendous ball-winning in the back by central defenders Amy LePeilbet and Rachel Buehler helped the U.S. hold on to the victory.
read rest at source 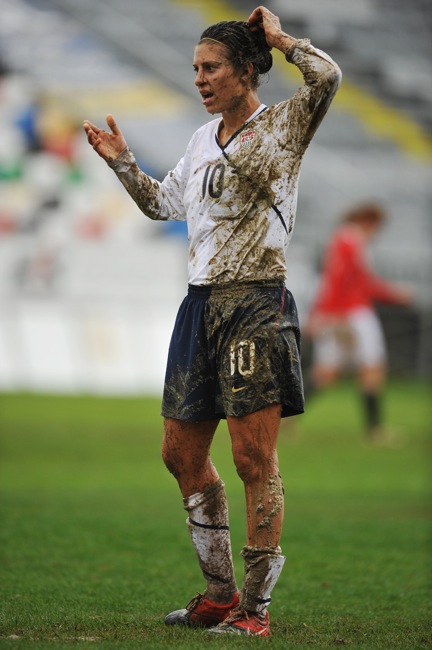 LIVERPOOL FC fans campaigning against the club’s American owners have taken their protest to the streets.

A number of billboards have sprung up on major routes into the city, calling for the resignation of Tom Hicks and George Gillett. The posters, the brainchild of supporters union Spirit Of Shankly (SOS), are emblazoned with the message: “Tom and George, Debt, Lies, Cowboys. Not welcome here.”

Around five are thought to have been rolled out so far, with another five expected to complete a total of 10. They are located prominently in Prescot Road, at its junction with Green Lane; Vauxhall Road, in Kirkdale; and Derby Road, near Sandhills Lane. One is set to be erected at Lime Street station taxi rank, with another predicted for Queen Square bus station in coming days.

SOS spokesman Jay McKenna said: “The message is to remind people Hicks and Gillett are not welcome here. It educates about what we think they are doing to our club and the feedback so far is very positive.”

The group also moved to end growing speculation that a joint Liverpool and Manchester United fan protest could take place outside Old Trafford when the teams meet on March 21. A recent report in a Manchester newspaper suggested supporters were seriously considering joining forces and had held secret meetings to protest against their respective American owners, and their tactics of saddling both clubs with debt. The matter was discussed at last weekend’s SOS AGM, during which the matter was unequivocally ruled out. The SOS spokesman added: “There will be no joint protest. It is not something which would be workable. We will be discussing ways of moving forward and how we can stand together.”

Considering the hostile rivalry which still exists between both clubs, the idea immediately prompted raised eyebrows among fans. But due to the animosity between supporters, and despite some reports to the contrary, the issue has never been seriously entertained.

( Collapse )
I think this is such a good idea, I saw one today at the bottom of Hardman Street (a really busy area in the city centre)and it looked amazing. Hopefully it will introduce a lot more people to the union and encourage them to join. The link to become a member is here, it's only £10 and definitely worth it in my opinion.