Chelsea lads got open training session today. Glad we got such pics.

MILAN - Inter Milan coach Jose Mourinho was criticised by an Italian Muslim leader on Tuesday for comments the Portuguese made about Ramadan.

Inter midfielder Sulley Muntari was substituted in the first half of Sunday's 1-1 Serie A draw with Bari and Mourinho said the Ghanaian was possibly lacking energy because of the fast he is observing for the Muslim holy month of Ramadan.

"I think Mourinho could talk a little less," Mohamed Nour Dachan, president of the Union of the Islamic community and organisations in Italy, told Sky television.

"A player who believes in Christianity, Judaism or Islam will definitely have a very calm psychological disposition and it will help him more."


Ok, I have been observing Ramadan too, as much as I can. But what Jose said was true. "Possibly lacking energy." DUH. I don't do physically demanding work but on the days I fast, I feel significantly weaker, dehydrated, can't focus, etc. Plus, what's so offensive about what he said? He didn't slam the religion nor bad mouth the practice of fasting.
People, always so quick to jump down someone's throat. Take a chill pill (after sun down).
And no, I am not defending Jose because he's my imaginary husband. If it was anyone else I would say the same.

PS. Too much PEPSI yesterday, that's why I'm spamming...

When you feel like doing it.. you keep wanting to do it.
On a completely unrelated note, Pique is really working plaid, don't you think?

Alonso: Liverpool form not my fault 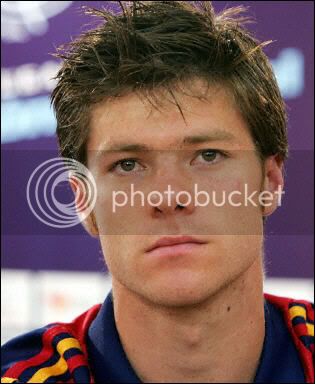 
Real Madrid midfielder Xabi Alonso says he is surprised by Liverpool's poor start to the new season, but insists the Reds' downfall should not be attributed to his departure from Anfield.

The Spanish international left Merseyside for £30 million this summer after five years at the club, with many crediting the holding midfielder's absence as the key reason behind Liverpool's dismal start.

The Reds have lost two of their opening three games this season, away to Tottenham Hotspur and at home to Aston Villa, with fans already highlighting the fact that the team had a higher win percentage with Alonso in the team than without him over the course of his 143 league appearances.

But with the new signing injured for six weeks and Javier Mascherano and Lucas Leiva struggling to make an impact, the gap left by Alonso has become more evident.

But the new Madridista, who netted in the famous Champions League victory in Istanbul four years ago, firmly believes his former employers' current struggles are not his fault, and that they will soon get their title challenge back on track.

"Liverpool's bad beginning in three matches is not normal but I believe my exit has not been that decisive," he said in The Sun.

"Players are not that indispensable and these are only the first moments of the season. I am convinced the team will recover."

Aloisio, a striker for Vasco da Gama, wound up in the hospital after colliding with an opponent and choking on his gum during a second-division game Tuesday. He was released from the hospital and avoided serious injury.

Doctors said he injured his head and stopped breathing momentarily, the gum obstructing his airway.

“It was a very serious situation,” Vasco doctor Paulo Cesar Rocha said Wednesday. “Luckily, we identified the problem quickly and took the gum out to help him breathe again.”

Aloisio, making his debut as a starter for Vasco, was struck hard in the head while challenging for a high ball near midfield during the second half. He collapsed and lost consciousness for a few moments.

Doctors rushed to him and an ambulance came on the field at Boca do Jacare Stadium in Brasilia.

“I don’t remember a lot,” Aloisio told local media Wednesday. “I only remember the doctor taking the gum out. I have never been scared like this—no more chewing gum for me.”

Aloisio was released from the hospital hours after he was admitted. He is barred from physical activity for at least a week as a precaution. More tests will be done next week to determine when he can play again.

Vasco, a four-time national champion, defeated Brasiliense 1-0. The club was relegated to the second division after last year’s dismal season but now leads the 20-team standings. The top four teams will be promoted to the top tier next season.

( Collapse )
What are your thoughts on this? I think that, whilst £6mill is a fair valuation for an aging own-goal-prone defender who approaches tackles with a bizarre mixture of lion-hearted fearlessness and accident-prone-clumsiness, I can't help feeling the Mike Barnes off Hollyoaks lookalike has been f'ed over a bit in the loyalty stakes. This is a man who's given his all (which admittedly isn't much, they don't call him Richard Dung for nothing) to Man City over the seasons he's been there, and how do City repay him? By ushering him along to somewhere else. He also happens to be one of my fave Irish footballers and Irish footballers are ♥ , so obvs I'm just bitter. Still, that said, with Joleon "Show me da money" Lescott coming in, it was only a matter of time before Dunne was put on benchwarming duties, so at least the big fella will be getting more first team football at Villa.

Also, who'd you think's gonna be captain in his absence? I've already heard that Toure may be given the armband, and also Gareth Barry has captaincy practice, but I personally think Stephen Ireland should get it. Those two johnny-come-latelys don't deserve it, I feel Ireland, with his geniune Man City affiliation, does.

Guess what -- it continues!

"All I can say is that we both absolutely wanted the child - both Christoph and I."

Would you like some character references?
And her best friend agrees!

Some of you maybe have forgotten that tomorrow is the UEFA CLUB FOOTBALL AWARDS 2009, at the Grimaldi Forum in Monaco. The event will start at 17:45 CET.

So the nominees for the positions of the year have been already put to light. So todays poll is:

Who do you think deserves each award?

Open to: All, detailed results viewable to: All. Participants: 157

Open to: All, detailed results viewable to: All. Participants: 160

Open to: All, detailed results viewable to: All. Participants: 161

Open to: All, detailed results viewable to: All. Participants: 164


Plus, an excuse to post this rather FAIL gif of Robinho showing off his killer friki moves. Move OVER, George Sampson.