So while Manchester United are struggling with their back-up keepers, Edwin Van der Sar is livin' it up in St. Tropez and proving to the world you can still look hot without a shirt at 38. Gerrard pulls out of the England squad because of Rafa, VDS would rather be in France. Fair enough ;)

I always thought this man looked best in a suit, but apparently he also looks good with nothing on...

The Kirchner couple wants football TV transmission to be free

Argentina’s cabinet Chief Aníbal Fernández said football transmission should be free because it is not only a national passion but an industry that generates many jobs and activity. 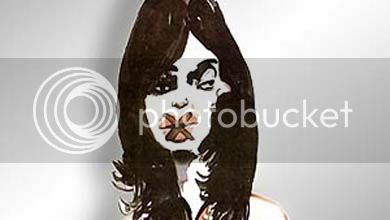 The Argentine national premier league, which should take off this Friday, has been suspended because of clubs debts with players and the Argentine government is becoming increasingly involved in the controversy.
The private transmission of football games “is a topic that should be discussed by the holders of the licence (T y C Sports) with the Argentine football Association, AFA, because we (the government) have nothing to do with the contract" said Fernandez.
T y C Sports who have the Argentine football exclusive transmission rights claim that during the weekend President Cristina Fernandez de Kirchner, her husband Nestor Kirchner and the president of AFA Julio Grondona met to consider the current situation and the possibility of a 500 million pesos loan for the league to begin.
"There was no meeting, no offer. We look at the football situation because football is not only a passion but also an industry which generates many jobs," Fernández added.
Asked whether the government was interested in buying the contract for football games transmissions, he answered: "No. The government is interested in other points."
The Cabinet Chief explained that the Argentine government "claims the concept of ‘Football, passion for the masses'," and added that "in this country, there is a total of 4200 clubs and 200 leagues connected together, which generate shows of a very high quality, very popular, and which became a huge business."
"Those clubs are not doing well, because of this huge business side. Every day, they are closer to the abyss," he emphasized, before adding: "I have no doubt that, in a short term, all the leagues will die. Not one will be left, as the people working for them. But, paradoxically, those who exploit this business keep on gaining huge income."
"Football is dying, but instead of trying to revive it, making it strong and healthy, the businessmen behind football try to make people think the State should pay for it. This is crazy!”, he said.
According to Fernández, the AFA and the TV channels have to solve this problem. The AFA needs to put things as they should be, “not the State," he reiterated. "That same way, severe sanctions should be required against clubs and partners who don't perform good fund management, punishing directly the executives," he concluded.
The AFA decided there would be no tournament until the clubs pay all their debts: salaries to players, taxes... The TyC Sports channel's president (whose channel transmits the Argentine football league) said it was all a trick and that a secret agreement had been decided between the State and the AFA to see public TV winning the rights of football TV transmissions. TV transmissions generate millions in advertisement.
However there’s an additional political twist to the issue. T y C Sports belongs to the multimedia group headed by Argentina’s daily with the largest circulation Clarin which for the Kirchners has become a “committed enemy” of their administrations.
Buenos Aires press reports indicate that according to the “Grondona-Kirchner” pact, the Argentine state would be willing to pay 500/600 million pesos (160 million US dollars) for transmitting premier league football games this (delayed) season.
Apparently T y C Sports president Marcelo Bombau refused to advance more than the 70 million US dollars already agreed with the Argentine football teams for this season.
If the government gets hold of the contract (which legally expires in 2014) the transmission would be through a government channel and a private television station which is closely aligned with the ruling Kirchner couple.

Source
I'm Team "I Hate Everyone Involved in This Mess". Fuck the Kirchners, fuck Grondona and fuck Grupo Clarín. *is pissed off*

Open to: All, detailed results viewable to: All. Participants: 183

Who do you think will be the most improved team of the season? (any league)

And finally, Strawberries or Cherries?

Jozy's got the right idea.

Behind the scenes of the USMNT's 2-0 win over Mexico in Columbus this February:

Back when Clint had long hair and looked creepy.

ETA: APPARENTLY THE GAME WILL BE BROADCAST LIVE ON Terra.com AND IT'LL START AN HOUR BEFOREHAND. IT'LL BE IN SPANISH BUT IF YOU DON'T GET TELEMUNDO OR MUN2 AND HAVE NO OTHER PLACE TO WATCH IT, THERE'S YOUR LIVE STREAM! (and it looks decent quality too, judging by the other videos on there, so I'll have to ~decide~ if I wanna watch that or go to the Mexican restaurant to watch it)

ETA2: US Soccer has an update on all the different ways you can watch the game live</a> and have confirmed the Terra stream option. :D

MESSI INJURED
and out for the russia - argentina friendly

Messi has a “muscle contraction” on his right abductor and will be out against tomorrow's friendly against Russia. Various outlets are saying that his injury isn't serious, and tomorrow he'll go under detailed examinations to see how long he'll be out. Better not be for long because Barcelona play Bilbao in the Supercopa soon, with no Iniesta, Marquez, Ibra and possibly Henry.

"We're not going to risk Messi for a single minute," angry coach Maradona was quoted as telling Argentine reporters head of Wednesday's friendly in Moscow, adding "I'm a wizard... I knew this match shouldn't have been organised."

(did something get lost in translation there?)

He talks even MORE sense *gasp* and says he won't play Kun for the full 90mins because of the Champions League match Atletico have with Panathinaikos.

So no Tevez, Messi and possibly Kun.
Will one of the world's worst managers beat GUUS HIDDINK'S Ruskie team?
Higuain's waiting ;) With his Real Madrid backpack

For those who are too lazy to watch:

- Ipswitch will be promoted to the Premiership under his management
- Thinks United are the best team in Europe but has "very little intrest" in them now, cut his ties with them to move on into Management, didnt want to "hang around" and never move on
- Talks about a disagreement with Sir Alex Ferguson (later on in the interview says there was no drama, but that him and SAF realised it was "the end of the road" for him at United and shook hands)
- Says he has alot of time for Cristiano Ronaldo and that he's a top lad
- Talks about his 2002 World Cup incident in Saipan/Mick McCarthy
- Strength is his desire to win. Weakness is being impatient
- Talks about potentially taking the Ireland NT management job
- Denies reports he's doing yoga LMAO
- Doesnt "lose it on the sidelines", only in the dressing room - but "looks" at the Referee when he's making bad decisions (GARY NEVILLE EVIL STARE)
- Talks about his charity (Irish Guidedogs for the Blind)