On the event of Barcelona's winning the copa del rey, let me share this quite old video of barca's locker room. To have a bit of idea of what's usually going on. btw, their locker room looks better than rm's one

"We have the ideas, the model and the passion to return the club to where it belongs"

Well, at this point it is highly unlikely that anyone will manage to snatch the presidency away from him. All we madridistas can do is hope that he has indeed learned from his mistakes. There's talk about him wanting to return to a galáctico-like policy. English sources are mostly focusing on this but he also said that it's time to trust the cantera. I don't know, a return to the Zidanes y Pavones? I'm nervous, but I want to give him the benefit of the doubt because in the end, most of us interested in this only want the club to regain its status.

Alexandre Pato and his girlfriend Stherdkjtejsgafanie out for dinner in Italy. Ya know, the Milan player with the big dick who shaved his head a few weeks ago. Well his hair is back *phew* but I can't give you an update on his manbits, sorry.

Futbolistas de Real Madrid at the Madrid Tennis Open (May 12, 2009)

Juan Forlín seemed to get a lot of love in yesterday's post, so here's a video of him doing a photoshoot and talking about being called up by Maradona. Features a shirtless Forlín, haha. I basically died at 1:10, btw.
Also, the comments to this video are priceless, because everyone is jealous of the journalist, Luciana Rubinska:
"Rubinska sos una trepadora tremenda, se nota como te queres levantar a Forlin!!!"
"Rubinska no te hagas la gata con Forlin"
LOL.

Some info on Forlín: He's 21 years old, plays for Boca Juniors. He was on a loan in Real Madrid Castilla but had to come back early because there was some sort of problem with his paperwork. Barcelona and Villarreal are interested in him, but Real Madrid made a pact with Boca a couple of weeks ago, which states that RM will have the priority to sign Forlín.

pan_klyaksa an article has been found!

This week on Special 1 Tv:

Also, This post really serves no purpose but that I was excited and I just finished my last exam. So let's have a spam post. You can spam with your favorite Special 1 tv epsidoes, quotes, or just general pictures so that I don't feel as guilty for squealing so loud the whole community can see. :D

(He is excited can you tell)

Steven Gerrard believes his role as guest of honour at tonight's Hillsborough Memorial Game is the perfect way to cap what has been a proud week for the Reds' skipper.
The newly crowned Footballer of the Year will be introduced to both sets of players from the Liverpool Legends and All Stars teams prior to kick-off to provide a great end to a fairytale 48 hours for our inspirational number eight.

"The two phone calls came within quick succession of one another so it was a really good half an hour for me," he said.

"First of all I had Kenny on asking me to be guest of honour – that was one of the best phone calls I've ever had to be honest.

"For a hero like that to ask me to be guest of honour is obviously really flattering.

"And then the player of the year call came straight after so it was brilliant for me that the two should come so close together.

"Being guest of honour will cap a great couple of days for me because I'm sure it will be a fantastic occasion – a fitting tribute to the 96 Liverpool fans who died at Hillsborough 20 years ago and also a chance to help the Marina Dalglish appeal which is obviously a really good cause."

Source.
Anyone watching this tonight? It's on ITV4 for the UK people :)
To celebrate the match today, here, have them:


Our lads have come from all over the place
They talk dead funny, but they play dead great
Well now we've gotta learn 'em talk real cool
The song you've gotta learn if you live in the Pool

ajkdjkdjidslka I think the only reason I want us to win the league next year is so we can re-release this. because that would be epic. Imagine the crack... 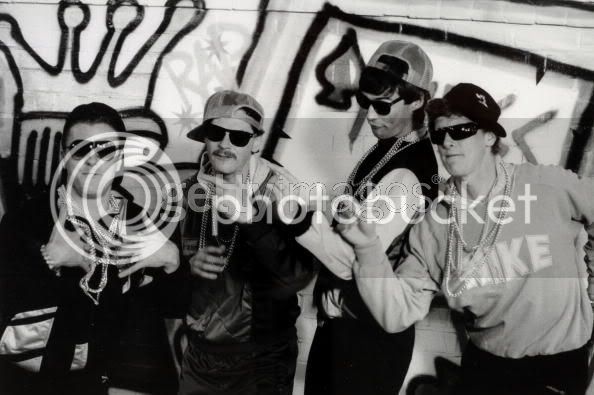 This picture has obviously got totally nothing to do with this.
It just made me LOL so hard.


>> Big Questions <<
What football fans are asking this week

Which Premiership would-be wonder kid has
been out for months with a mystery injury
but still seems to be enjoying his local
clubs and VIP bars on an almost nightly basis?
(And no, it's not Tomas Rosicky)

Which premiership superstar's real-life
racist, misogynist rantings are starting
to annoy so many people it's going to
be hard for even him to keep them under wraps?


Guesses? Random accusations? What do you think, and more importantly, who, do you think?

A little late so, (you can make the day Friday in your mind), originally this was a:
THURSDAY INTERVIEW with JOHN TERRY

Interview includes JT talking about his bfff Fronk, his love of the new kits, and the Premier League.
Taken from the obviously biased Chelski site, and I have edited it a bit a lot, so it's just the quotations.

And remember kiddies-- "Cech yourself before you wreck yourself."

Looking for Eric is an upcoming British film about football fans and life. It is written by Scottish Screen writer Paul Laverty and is directed by English director Ken Loach. The film's cast includes former professional footballer Eric Cantona.

The plot revolves around a football fanatic postman whose life is descending into crisis. To help him overcome this, he receives some life coaching from the famously philosophical Eric Cantona.

The production was filmed in Manchester by Ken Loach's company Sixteen Films. The film has been selected to compete in the main competition at the 62nd Cannes Film Festival.