Nando is boss, he was born to play for Liverpool. He also hates Pepe.


El Nino, who had never tasted victory over Los Blancos during his time at Atletico Madrid, played a huge role in the second-leg clash at Anfield to guide his side to a thumping 4-0 win. But not only that, he also had a sweet taste of revenge against both Pepe and Vicente Boluda.

The Portuguese defender had boomed prior to the game that he knew exactly what to do to stop Torres. But it was the Reds striker who outfoxed the Whites centre-back to score the game’s opening goal.

The two continued to tussle throughout the encounter and at one point, according to Marca, Pepe was caught mouthing off to Torres during a face-to-face skirmish, “We have nine European cups,” to which the Spaniard replied, “Yes, but you have zero.”

Torres also put one over Madrid president Vicente Boluda, who had infamously predicted that his side would walk all over Liverpool at Anfield.

After scoring the first goal and celebrating with his team-mates, the 24-year-old striker, who had failed to make an impact at the Santiago Bernabeu in the first leg, marched over to Anfield’s theatre box and gestured to Boluda to keep quiet.


hahaha i love it, great reply. 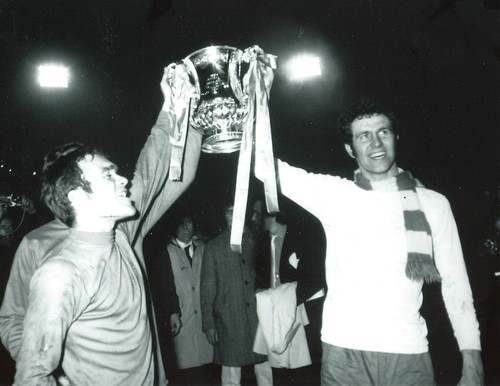 Chelsea was founded on 14 March 1905 at The Rising Sun pub (now The Butcher's Hook), opposite the present-day main entrance to the ground on Fulham Road, and were elected to the Football League shortly afterwards.

HAPPY BIRTHDAY CHELSEA! I have no more delicious boob cakes for you, so you'll have to make do with Frank Lampard's bean sprouts that he lovingly cooked himself.

I know how they'll be celebrating


Oh how nice, we are also the main article on Wikipedia today.

Footballers earn a lot of money. They also have a lot of free time. Chuck in a bit of fame and you have a heady concoction that is bound to lead to somewhat disreputable behaviour now and again. And thank god it does because otherwise fans like us wouldn’t have anything to read and write about. In celebration of footballers’ wild antics, sport.co.uk takes a look at the top ten sex scandals to have rocked the football world

10. Joe Cole & Keeley Hazel
Joe Cole was left shirt-less, phone-less, money-less, covered in blood & brusies and wandering the streets of London in a daze after he was involved in a fracar with a love rival for glamour model Keeley Hazel. Cole “feared for his life” and he even had to get his dad to pay for his taxi home, proving once and for all the all footballers are just big children really.
( Collapse )

Once upon a time there was Steven Gerrard today hailed a 'magnificent team performance' as Liverpool kept their title dreams alive with a stunning 4-1 victory at Old Trafford.
Despite falling behind to a Cristiano Ronaldo penalty, the Reds roared back in style and led by half time thanks to a Fernando Torres strike and a Gerrard penalty.

After containing United in the early stages of the second half, Rafael Benitez's men secured victory as Fabio Aurelio curled home a brilliant free kick before Andrea Dossena completed the rout in the closing minutes.

"From front to back it was a magnificent team performance today," said the skipper.

"We went a goal down but showed great character to come back. In the end it was comfortable, especially when they had a man sent off, but even when it was eleven against eleven we were men today.

"We controlled the game and in the end it was a very comfortable win. The important thing is the gap is smaller now but we still have a lot of hard work to do.

"I hope this result gives other teams belief that they can beat United."

Gerrard also spoke of his delight at netting his first ever goal at Old Trafford, with his strike coming from the penalty spot after he had been sent tumbling by Patrice Evra.

"I've been lucky enough to win here before but it was a magnificent feeling to score a goal, especially after all the stick I've had here over the last ten years or so," he added."


Let's hope and beg for a win tonight!


Basically, there was a hole in the pitch. And out of the 21 players on pitch, Klose fell/tripped into said hole.

Klose desribed it as-- "I don't know. I slip-stepped into something and when I tried to put weight on the foot again, something snapped and I felt nothing but pain" [source]

More news on calamity soon to follow. In the meantime. . .

Rafael Benitez saluted his Liverpool players after seeing them beat Manchester United 4-1 at Old Trafford in what was his 100th Premier League win in charge of the Reds.
Goals from Fernando Torres, Steven Gerrard (penalty), Fabio Aurelio and substitute Andrea Dossena ensured the Reds completed a league double over their arch rivals, and a first win at Old Trafford for five years.

This was also Liverpool's biggest victory there since a 5-2 success in the 1936-37 season.

"I am really happy for my team, the club and the supporters," Benitez told reporters at his post-match press conference.

"It's always very difficult when you play United, whether it be at home or away, so to score four goals here I have to be really pleased.

"I'd also like to say thanks to my staff who have been working very hard. While I was answering questions at the press conference, all my staff were preparing the players for this game.

"The most important thing was to see my team get three points and see how well the players played.

"Manchester United have a fantastic team and a fantastic squad, and you saw their bench with the three players (Dimitar Berbatov, Paul Scholes and Ryan Giggs) they brought on, but our gameplan was clear. We tried to stop them playing and we closed the spaces and made it very difficult for them to create chances.

"This week we have beaten two of the top sides in Europe in Real Madrid and Manchester United, and scored four goals in both games, so that is fantastic and again, we have to be really pleased."

Asked if this was one of his most satisfying weeks in charge, Benitez responded: "No, not really. The best week is when you can win titles. To win games is part of the battle but you have to win the war which is the most important thing."

Asked if Liverpool were now back in the title race, the manager said: "It depends on United at the end because they have to lose some games and we have to win almost every one, so we are in a better position.

"We have more belief, more confidence and we have to get three points now in every game and then see what happens.

"In football anything can happen. Clearly it will be difficult but we can win every game.

"We always approach every game to win and we can beat anyone as we have shown this week. You can always win every game when you have good players, good supporters behind you and a very good staff.

"We need to be consistent, focused and concentrate on each game and don't make mistakes."

The boss admitted a lot rests on the fitness of Torres and Gerrard, who again linked to perfection with their display at Old Trafford.

"Clearly they are important for us because when those two are on the pitch the rest of the team has more confidence," he added.

"We know they can score goals and change a game, so they make a massive difference to us."

Source.
Just incase you didn't see Dossena score, like Albert, here is a demonstration by the wonderful Mr Torres: