Terrible lesson ruined my day till I saw

iateyourhotdog's If Liverpool can cook, so can you! post and I thought the boys deserve to have a new kit for their cooking lessons! :D 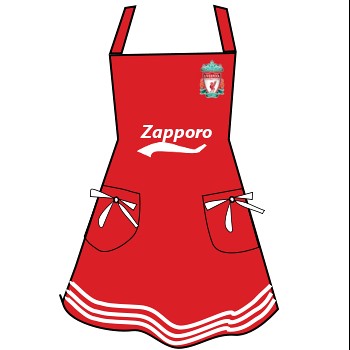 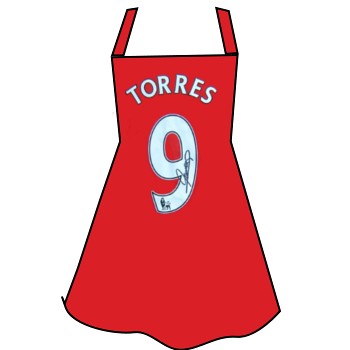 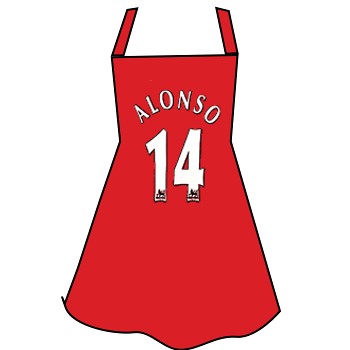 When enjoying the sights and sounds of a nightclub, professional footballers often like to express themselves via the medium of punching people in the face - just ask Marlon King or Inter’s Luis Jimenez.

Roma defender Philippe Mexès, however, was not cautious in selecting a sparring partner in an Italian nightclub on Sunday night. The Frenchman - whose daughter was taken away by carjackers last summer - is in hospital after a bout of fisticuffs with a boxer:

Rome-based radio station Rete Sport has claimed this morning that Roma centre-back Philippe Mexes was involved in a scuffle with a boxer last night.

The incident apparently happened at the renowned Gilda dance club. It is reported that the 26-year-old had a heated discussion with this individual and a brawl ensued.

Fellow Roma star and aggressive Frenchman Jeremy Menez was also at the scene, and the pair claimed to have been assaulted by Lazio fans. The footballers have not pressed charges and Mexès have since been discharged from hospital.
from The Spoiler.

First pics of Arshy as a Gunner

After realizing he would not be going to Celtic, Sacha got rid of his Euro trash hair style

Sacha chopped of his hair for Landon (you get it, because Landon is balding)

After leaving his girlfriend for Teenny, he decided on a fresh look

Upon discovering his penis, Sacha decided to get rid of the lady hair

Sacha shaved his head after misinterpreting the many “shave that shit you look like a child molester” comments that were in actuality, a reference to his stupid mustache.

Manchester United's Nemanja Vidic Believes War Made Him Stronger
When Nemanja Vidic was a child in Serbia, his games were quite often interrupted by the sound of bombers overhead, and he spent a three-month period in his childhood when his family could barely use their apartment because of air raids.

Prior to that, of course, his country was at war, with all the attendant trauma that that state brings to a nation.

But the dominant centre-back believes that such experiences have made him stronger as a person, which is a positive thing.

"Any person that has bad times in their life, I think gets stronger after it, and obviously they learn to live in other ways," the player told Setanta Sports.

As for being a possible contender for Premier League player of the year, something which has been mooted as a real possibility by some observers, the Serb reacted modestly, but excitedly.

"It's a big word," he continued. "To be a defender and in competition to be the best player in the league, it doesn't happen every year.

"Obviously I'm glad to hear people speak about it, but I try to do my best for the team." (more)

"I see it as a respected club, one that every player will want to play for," said the Brazil international, who was talking to his website www.robinhoofficial.com.

"Hopefully by that time the club will have won many titles such as the Premier League and the UEFA Champions League." (more)

Andrey Arshavin has completed his move from Zenit St. Petersburg to Arsenal and he granted his first interview in English football to the Club's official website.

The Football Association has rescinded the red card handed out to Frank Lampard in Chelsea's clash with Liverpool. The Football Association has confirmed that no disciplinary action will be taken against Chelsea defender Jose Bosingwa for his challenge on Liverpool's Yossi Benayoun.

The FA so rarely get anything right

my bb fronk makes an appearance with dad, uncle 'arry and cousin jamie (for all the leerpool gals!).

bojan and his gf?

ok ew, i screencapped these off silverlight players so the console shows up. i didn't feel like cropping them out, so deal with it :)))))


Van Der Sar collects award
Manchester United's goalkeeper Edwin Van Der Sar is honoured for his record breaking clean sheets.
Robbie Keane back at Tottenham
Robbie Keane is glad to be back at White Hart Lane after his unhappy stint at Liverpool.

THANKS TO MY GURL

zzzo
AND THESE SOURCES
Collapse