Hi pooters, we're still in lockdown, I just wanted to reassure you that we're not dead or anything (yet).


Russians.
They stir. They are coming.
There lurks a chance that they are waiting to attack.
The horn of ONTD_Football shall sound.
Let this be the hour when we draw swords together.

This too shall pass.


ETA 3 DECEMBER 2008 1:30PM
It's David Villa's birthday
But we canna celebrate because we fear a Russian inv-asian
Such is life.

Fernando Torres has returned to his homeland to try to find a cure for his persistent hamstring problems...

Liverpool's striking sensation Fernando Torres has flown back to Spain to see a specialist about his ongoing hamstring injuries, reports The Liverpool Echo.

More specifically, he's visited Catalunya, flying to Barcelona to see one of Europe's top muscle experts as his club leave no stone unturned in a desperate bid to get to the root of the problem.

The player suffered his third hamstring injury of the season against Marseille in the Champions League last week, and it was initially expected that he would be fit to return within two to three weeks.

That hasn't been the case, however, and now manager Rafa Benitez is refusing to put a time-scale on his comeback. Torres suffered similar injuries twice last season whilst playing for Spain and pulled up again in just the third league game of this campaign.

The player has now missed five league games as well as the two Champions League ties against his former club Atletico Madrid.

Liverpool are taking a thorough approach as they seek to find a solution. Even the smallest details of the Spaniard's life are being looked at in an effort to find clues, with his footwear and manner of walking coming under the specialist's spotlight.

Liverpool fans will hope that it is worh the effort, as without Torres it looks like Liverpool's attack is severely blunted. Without him, it will be difficult to sustain a title challenge as Manchester United steadily collect points and climb the table.

these are from nov. 16th. WHILE I WAS IN BERLIN. NOT AWARE OF THIS EVENT.

gif i got from some rando forum

The Federation Mexicana de Futbol has announced that the 2009 Mexican campaign will open with a friendly match against Sweden at the Oakland-Alameda County Coliseum.

El Tri will play their first match of 2009 against Sweden on January 28 in Oakland. The match will open Mexico’s sixth annual U.S. tour.
In eight previous meetings with the Swedish team, Mexico has earned two wins and three draws. The match in January will set up a showdown between Mexico’s manager Sven-Goran Eriksson and his native country, where he is considered a legend.
The match with Sweden will be Mexico’s only game before beginning the final round of World Cup Qualifying against the U.S. National team on February 2nd.
Mexico’s 2009 U.S. tour will include five matches on American soil. In 2008 Mexico went 3-2-0 during their U.S. tour, collecting wins over China, Peru, and Ecuador. Mexico’s two losses on the tour came against Argentina and Chile.
El Tri made it through to the final round of CONCACAF World Cup Qualifying as the second team from Group B, but only collected one point on the road during the semifinal round. Losses to Jamaica and Honduras, as well as a draw with Canada, showed that Sven-Goran Eriksson’s young team was vulnerable to CONCACAF foes.
The U.S. tour should give Mexico some much needed experience away from Azteca Stadium.
Sweden is currently 5th in Group 1 of UEFA World Cup Qualifying. The Swedes will take on the U.S. is a friendly on January 24th at the Home Depot Center in Carson, California before playing Mexico.

ps, do we have an nt: mexico tag? if not, one would be quite fab. 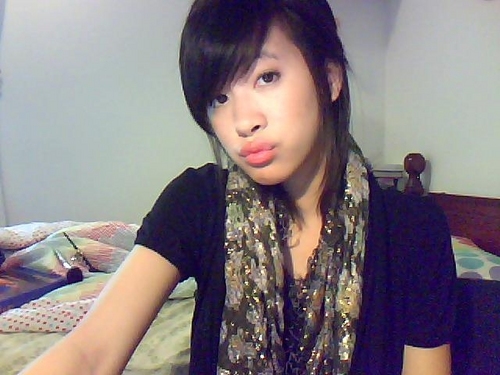 We should take a minute to give thanks for cOrinna, a true Queen of GIF amongst us.
Corina, we respect u!
Maybe one day every body try to be making GIFS of this high comedy standard
But they fail - there only allow there to be ONE CORINA QUEEN
Kisses for you!

The first major curve-ball for new VfB Stuttgart Markus Babbel has come by way of the confirmation that Mario Gomez has torn a calf muscle...

Freshly appointed VfB Stuttgart boss Markus Babbel is grappling with the news that start striker Mario Gomez is definitely out of next weekend's game at FC Energie Cottbus.

The German international tore a calf muscles within just minutes to go in the 2-0 victory over FC Schalke 04 last weekend, putting a damper on Babbel's otherwise successful Bundesliga debut as coach.

"This is a blow, of course. But we have enough strong players in the squad, now they can show what they're capable of", commented Babbel on the club's official website.

Gomez, who will be grateful that VfB had a by in the Uefa Cup this week, will now be doing everything in his power to be back in time for their final game of 2008, which sees them take on none other than Bayern Munich.

Pavel Pardo and Serdar Tasci had to sit out training on Tuesday, due to muscular problems and fever respectively, but both have a good chance of being back in time for the trip to Cottbus.

Wow, This is my first post here *nervous*. I only want to post the picspam I made for David´s birthday in my journal (it took me sooooo long that I now I need to show to everybody xDD) but I see I´m not the only one xDDD. Make Villa happy and go to the picspam of looooooo~~~~~~~ve!!

Since we're subject to an intense stress lately (financial crisis - god, how are we gonna find 50 millions Euros by December 31st? -, many injured players, important game coming on ...I'm not talking about it, rumours about Man City and Chelsea wanting to buy Villa), here is a mini picspam of our boys training (the pics are from today and yesterday) to cheer everybody up and try to forget about everything for some minutes.

Bb Theelba is happy to be back and his teammates are happy to have him back too, especially David Villa because the Davids have been spotted holding hands. Or maybe it's just because David Villa is turning 27 today ! Feliz Cumpleaños to him!